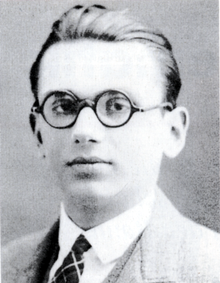 “This work presents the first complete German transcription of the Max Phil X notebook of Kurt Gödel, offered in an open access version to the scholars of the Gödelian community. The original notebook was written in Gabelsberger from March 1943 to January 1944 and it belongs to a series of fifteen notebooks. Some excerpts of these notebooks were transcribed and published in the third volume of Kurt’s Gödel Collected Works. The Gabelsberger text of the Max-Phil notebooks is now available on the web site of the IAS (https://library.ias.edu/godelpapers). Concerning the content of Max-Phil X, it shows an overall unity that can understood only considering the lapse of time in which it was written: there are three facts that occupies Gödel’s mind at this time. His preparation of the Russell paper, his conversations with Einstein, which were current from 1942, and his intensive study on Leibniz began in 1943. The remarks of Max-Phil X can mostly related to these three events, with some exceptions. The notebook offers therefore a set of philosophical remarks from logic to cosmology, pursued in an intimate dialog, with Gödel’s own published work, with authors from the past and contemporaries. “